This January, I hosted a show at the Lincoln Center in New York City – a collaboration between Circus Now and Big Apple Circus.

Less than a month later, I was in Japan, performing last-minute with Cirque du Soleil. 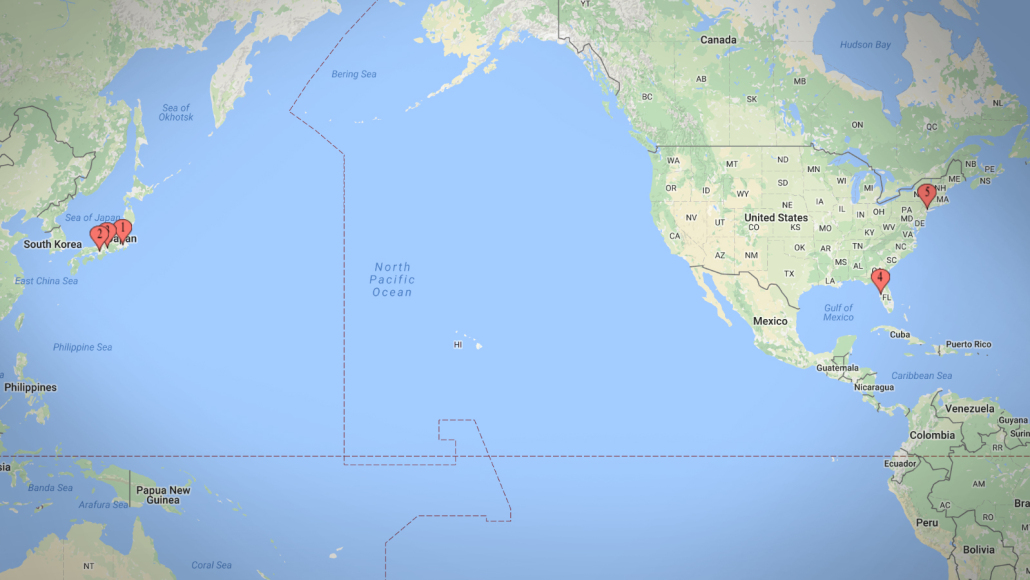 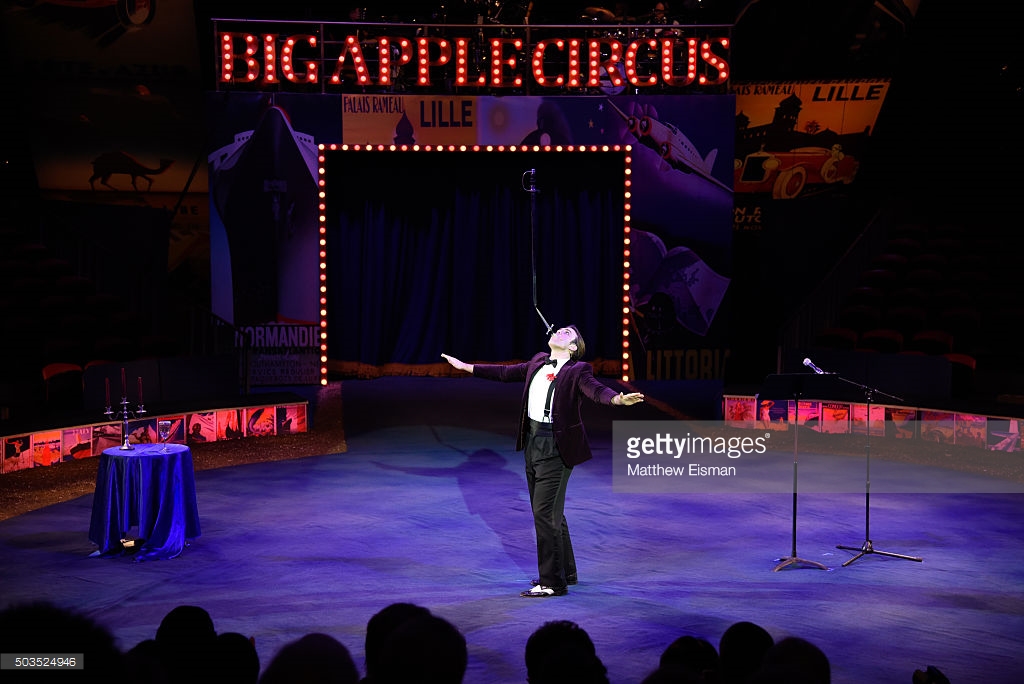 The year started in New York City, with a collaboration between Circus Now and the Big Apple Circus: The Celebration of American Circus awards ceremony.

I was brought in to give some flavor to the event – introducing speakers and performers, as well as presenting a juggling number.  As you can see in the picture here, I performed my glass balancing act at the top of the show.  Overall, it was a nice evening – a big circus tent filled with friends from the industry.  What’s not to like about that?

One of the highlights of the event was getting to meet Preston Scott, director of the 2017 Smithsonian Folklife Festival in Washington, DC.  The Folklife Festival is a huge event that takes place on the National Mall – the 2017 edition will cover the tradition of circus in America.  He’s an interesting guy, and we’ve talked quite a bit since about how to best represent juggling at the event.  If you’re in DC next summer, you should swing by and see what’s going on!

I was never planning on going to Japan with Soleil.  But then, I got a phone call.

Thom, can you make it to the Tokyo premiere?

I’m a backup for the Scientist act in the Cirque du Soleil show Totem.  That means that I know the act, and that when the main juggler in the show gets called out for medical- or other reasons, I’m the first guy they call to fill in.  Something had come up, and they wanted me to fill in last-minute.

The Tokyo premiere is one of the biggest events in the life of any Cirque du Soleil show.  Japan is the longest, most intense leg of any tour plan – ten-show weeks for 18 months straight, in a 3,200 seat circus tent.  Tokyo is the longest city of any tour plan, too – a six month stay in the only city in the world that can sustain such a long run.  They wanted me to fly in and get on stage after over a year off.

I flew to Taipei from Vermont to get my work visa processed, then caught a flight to Tokyo the next morning.  I walked to the tent, and went straight into a staging to reacquaint myself with the cone.  Muscle memory is an incredible thing – though I hadn’t touched the apparatus or the props since I’d left the show in New Zealand, the hundreds of shows and runthroughs I’d done in 2014 were still apparently percolating in my body, and the number came back in just a few minutes.

Okay.  You’re in the show tonight, the Artistic Director said. 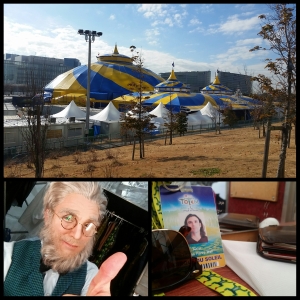 The show was the most stressful experience I’ve had in recent memory.  Not only had it been a long time since I’d touched the material I was to present, all of the heads from Fuji (the presenter of the entire run in Japan,) as well as the heads from Soleil were in the audience… including Soleil’s founder and CEO, Guy LaLiberte.  Easy to get in your head when you know you’re being watched.

The show itself was like sleepwalking – tired from the jetlag, processing what was going on intellectually (wait, handbalancing is on… what does that mean for my cue?  Oh yeah!), and letting my body take over at certain parts (That cue in the music… That means it’s time to do something… woah, my body already did it!)  The juggling number required immense concentration.  It all went off without a hitch, though, and when I walked backstage after presenting the act, I was greeted by a round of applause from all of my fellow artists.  One technician later told me You know, when they said they’d called you to have you come fill in, we couldn’t believe it.  And yet, here you are!  That’s the fastest integration that has ever happened in the history of the company.  No exaggeration.

..no idea how much truth there is to that claim, but it sure feels nice to rise up to a big challenge.

When Guy came up to me after the show, he said Nice juggling.  I don’t recognize you.  How long have you been with the company? I replied About twelve hours, sir.  He didn’t know what to make of that. 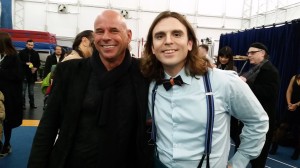 One of the beautiful things about performing the same routine day in and day out is that you start to get really, really solid.  Once the show number is in your body, you can start to push yourself in training.  I started training a new seven ball sequence in February, and put it in the show in the middle of the run in Osaka.  It’s a transition from a seven ball lift cascade into a seven ball shower – a beautiful asymmetrical pattern that you run while turning quickly in a circle.  A dynamic finale for the number – and what Greg Kennedy, the original cone juggler, finished on, himself.  I’m pleased to be performing the “full” version of the cone juggling act now!

I’ve also started training higher numbers in the cone, and recently broke my nine ball endurance record… hitting 2 minutes straight!  (That’s around 600 catches, for those of you keeping track at home.)  Cone juggling is at once easier and harder than toss juggling… you don’t have to exert quite the same amount of energy running nine balls as you would in traditional toss juggling, but the cascade pattern has three crossing points instead of the usual one.  The cone requires more precision in the angles of release and a more consistent tempo (and a much quicker hand-speed) than other styles of juggling.

All of the training seems to be paying off – in 2016, my longest streak of shows without a drop was 122 straight! 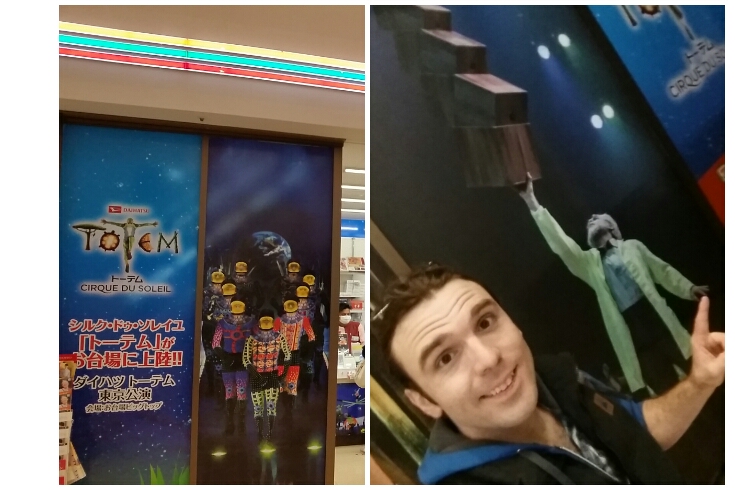 After not having been on Totem for a year, you can imagine my surprise walking in to a 7-11 and seeing a life-size photo of me performing on the Cirque du Soleil stage.  (How do I know that Scientist is me, and not Chris or Greg?  You kidding? I’d know those hands anywhere!)

That’s because the show’s PR team uses a bank of photos, collected through time.  There’s an official photoshoot of the cast every year or two, and these are used by the promoters in every city.  This means that on my trips to work in Japan, I’m joined by photo banners of the current cast, as well as former clowns, acrobats, jugglers, and all sorts. 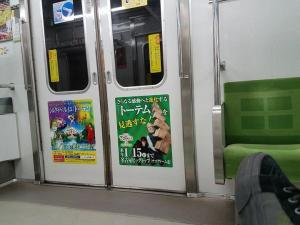 …to illustrate, Greg joined me on the subway last night! 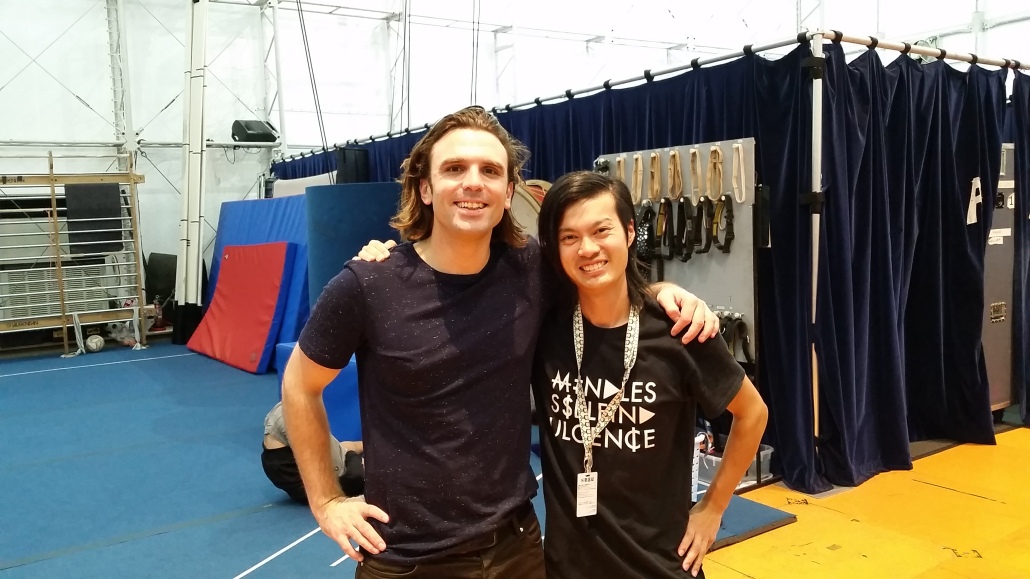 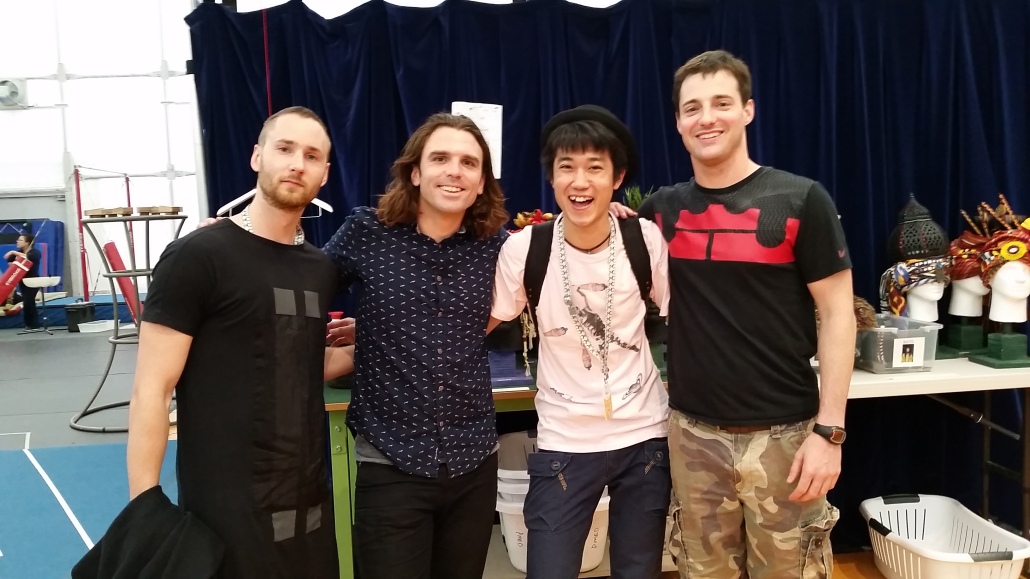 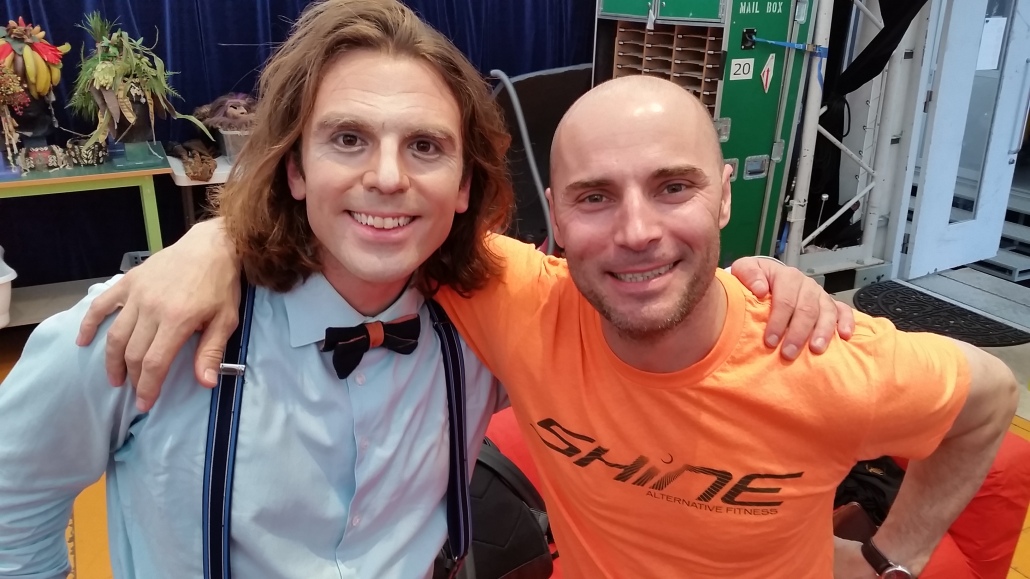 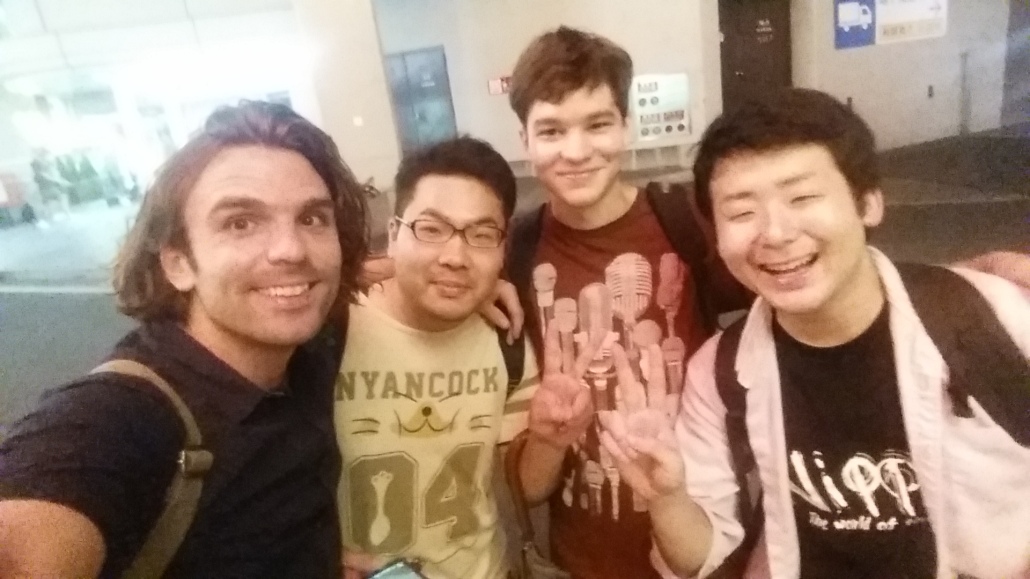 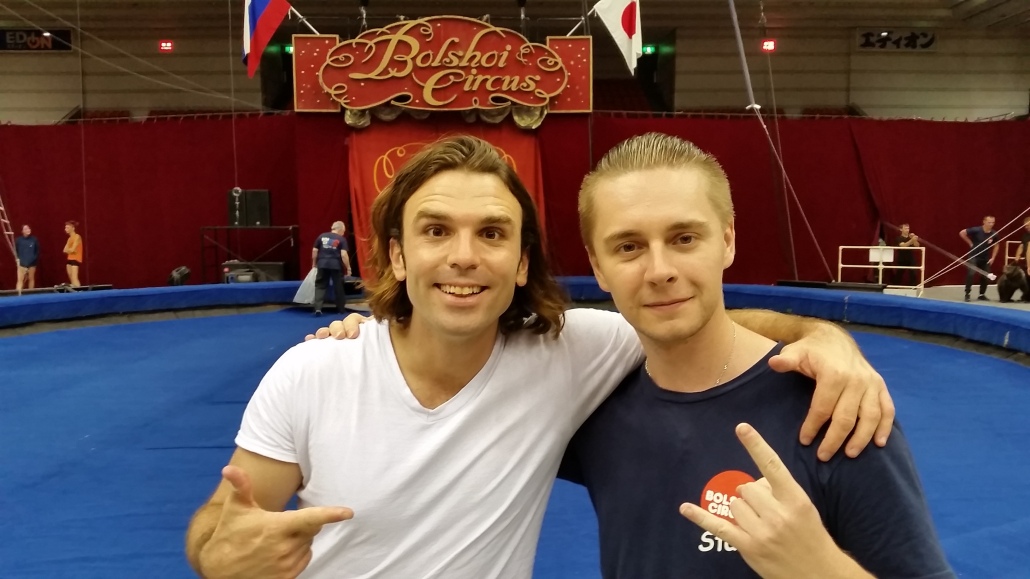 Even though Totem is halfway across the world from home, circus friends are all over.  In Tokyo and Osaka, a number of friends and juggling colleagues stopped by the tent to say hi.

Juggling fans:  How many of the people in these pictures can you name?

There’s a lot more that could be said about performing in Japan this year, but I’ll save that for another post down the line.

In the meantime, check out these two city recap videos for Tokyo and Osaka!  They’re short – 1:30 and 3:50, respectively – and have a bunch of city sights, training clips, and backstage clips from a life on tour.  Enjoy! 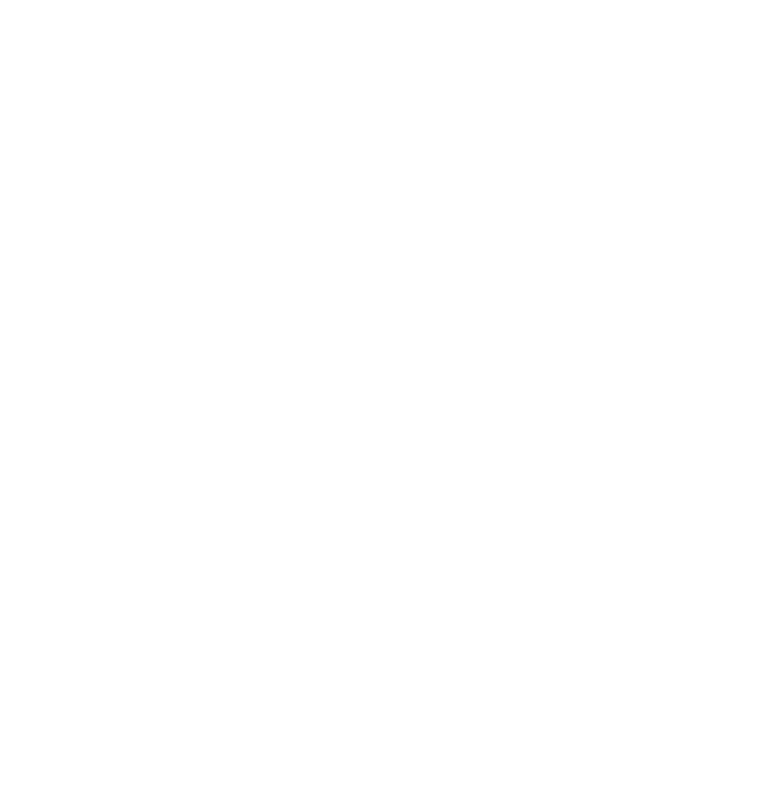 Of course, Totem wasn’t the only gig in 2016. After spending February in Tokyo, I performed my wine juggling show 160 times at Busch Gardens Tampa’s annual Food and Wine Festival this past March and April.

Chloe and I are building a new duo show with a wine concept – watch out for us at a wine festival near you sometime soon!

You can read a bit about my time at Busch in this blog post! (tl;dr – Hot.  Fun.  Lynyrd Skynyrd.)

After my last showtime in April, I packed up the car and drove straight to St Louis to catch a flight back to Tokyo.  No rest for the weary!

Every year, I try to match my age in new tricks.  2016 was a big push – lots of oldschool things here, as well as some landmarks in numbers and technique.

I started this contest back in 2009 – it’s a way to bring jugglers together while furthering the artform.  Jugglers make instructional videos in hopes of winning big prizes, donated by vendors from around the world.  The top ten videos are awarded prizes by a panel of judges.  This makes juggling more accessible to the world with free, quality instructional content online.

You can see this year’s winners here.

The Top 40 is an online vote run by Luke Burrage.  It’s used to track the most popular jugglers of a given year.

2016 was my seventh consecutive year on the list – I’m lucky that people in the juggling community like what I do!

That’s all for this year!  It’s been a good one.

Next year starts off with the last few shows in Nagoya, followed by Fukuoka and Sendai.  Totem is in Japan until the end of May, when it makes the jump to Russia and Europe, where it’ll stay until the end of 2019.  We’ll see if I’m a part of that or not.

Before the end of Japan, though, I’ll have some time off to perform at juggling festivals in Australia and Israel.  (Gotta get the 2017 mile count up somehow!)

Happy new year to all of you, friends!  Looking forward to seeing you down the line.