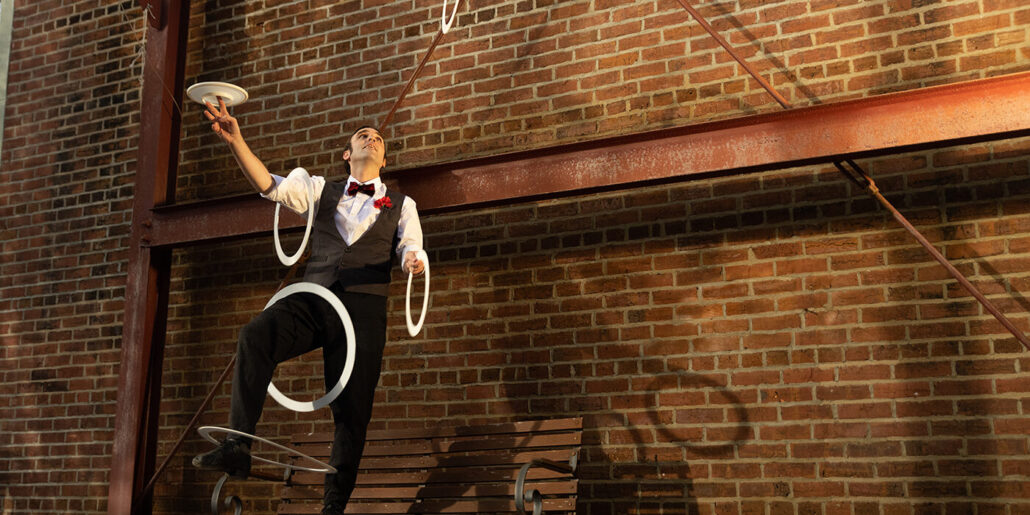 “Thom Wall is a master juggler and has traveled with circuses around the world including Cirque du Soleil. Photo by Avi Pryntz-Nadworny“

via The Source | WUSTL

Thom Wall started out as a busker, juggling in the street. Then he performed around the world with Cirque du Soleil. His next act is all about preserving the art form he loves.

As a kid, Thom Wall picked up The Complete Juggler by Dave Finnigan at the library and never looked back. Eventually, juggling would take him around the world with Cirque du Soleil.

But first, he wanted to go to college. Washington University was a contender because of its robust language offerings and juggling club—The National Prestigious Society of Collegiate Jugglers. Plus, Wall’s father was a professor there — L. Lewis Wall, the Selina Okin Kim Conner Professor in Arts & Sciences for Medical Anthropology, and professor of sociocultural anthropology and of obstetrics and gynecology at the School of Medicine.

The spring before Wall arrived, though, “everybody that was involved with [the juggling club] graduated. So when I came to the school in 2005, I found out that they had put my name on all of the paperwork as president of the club.”

Under Wall, the club grew, and it became known for its festival each fall, attracting people from all over the world. Wall also developed his first show, occasionally traveling with a WashU admissions officer to demonstrate for high school kids.

When Wall graduated, he moved to Boulder and worked as an at-risk youth counselor and performed on the Pearl Street Mall.

“Performance boot camp, that’s basically what the street is,” Wall says. His showmanship began to catch up with his technical skill, and he booked his first job with the Hellzapoppin Circus Sideshow Revue, “the greatest show in Hell,” according to Rolling Stone, and discovered he could make it as a full-time juggler.

Wall has performed with operas and ballets, on the National Mall for the Smithsonian Institution, and with the Rockettes at Radio City Music Hall. “Nobody’s ever upset the juggler showed up,” Wall says. “I’m lucky I didn’t take up the bagpipes. I’m not sure you’d have a bagpiper at your Mardi Gras festival, but you might have a juggler.”

After winning a silver medal at the International Jugglers’ Association Senior stage championships (known in the community as the “world championships” of stage juggling), Wall got a call from Cirque du Soleil. He ended up touring with the world-renowned circus for five years.

“Studying all those languages [at WashU] has helped me in my life as a touring performer,” says Wall, who majored in German but also studied Spanish and Arabic. He taught a juggling class in Arabic and did TV interviews in Spanish.

In 2019, Wall decided to leave Cirque du Soleil. “I was meeting these jugglers from all over the place, and I learned about [other] styles of juggling,” Wall says. “I started researching that, and it led me down all of these other rabbit holes. So in between shows, honestly sometimes in between cues during a show, I’d be reading whatever I could find on JStor.”

Once he left, Wall moved to Philadelphia, started performing with Royal Caribbean Cruise Lines and taught at the Philadelphia School of Circus Arts and at Circadium: School of Contemporary Circus. He also wrote the book Juggling from Antiquity to the Middle Ages: The Forgotten History of Throwing and Catching.

“At first blush, a lot of people would probably think it’s very frivolous,” Wall says. “But it’s about this human behavior that’s been exhibited since the earliest written records. There are records of juggling from 4,000 years ago in Ancient Egyptian burial chambers.”

Wall found a publisher, but it asked him how to best market the book, so Wall decided to start his own press. He was soon being contacted by other circus historians and academics or circademics, as they are called in the community. Now, his Modern Vaudeville Press has seven books out about different topics within the circus ranging from history to how-to and 10 more projects on the way.

One of the books is about circus artists of color, such as trapeze artist Miss La La who was painted by Edgar Degas. “All of her body of work has basically just disappeared,” Wall says. “And we’re trying to bring it back and consolidate it.” 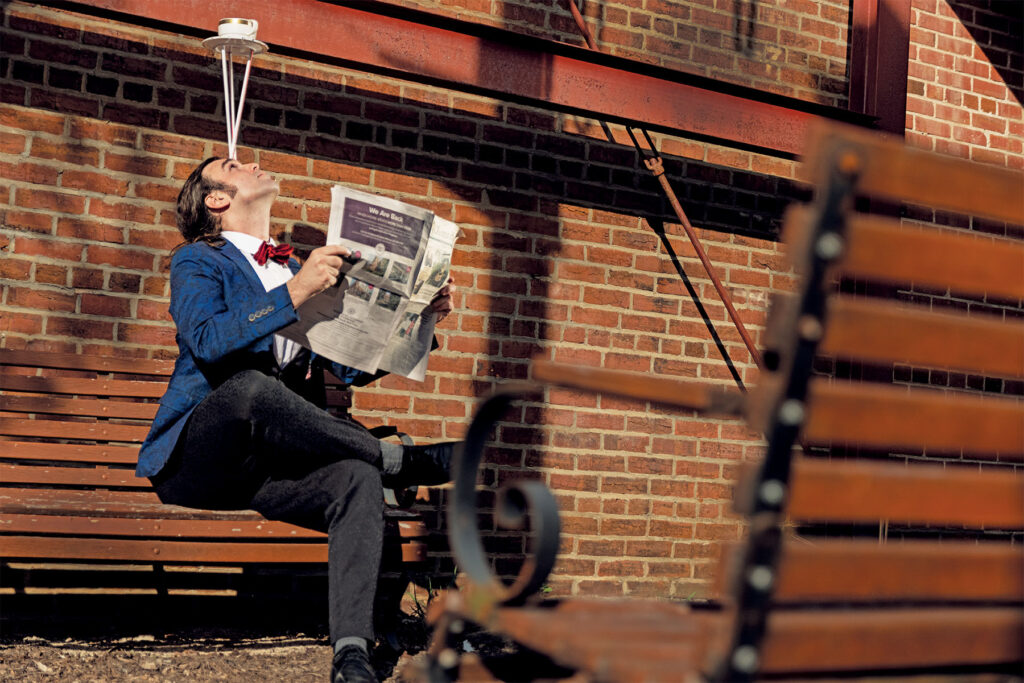 Sheepskin: Bachelor’s in German from WashU and a master’s in nonprofit arts administration from Drexel University

Other books: Juggling: What It Is and How to Do It

Latest act: Balancing wine glasses on the edge of a knife that he’s holding in his mouth while skipping rope

The secret: “It took about six months of daily effort until I started finding the center and being able to balance the glass for any amount of time.”

Pathways to Circus Legitimacy: The Library

Flags Flown over the US Capitol… in Honor of Juggling!
Scroll to top