Or: That time the Smithsonian Institution implied that I was a National Treasure. 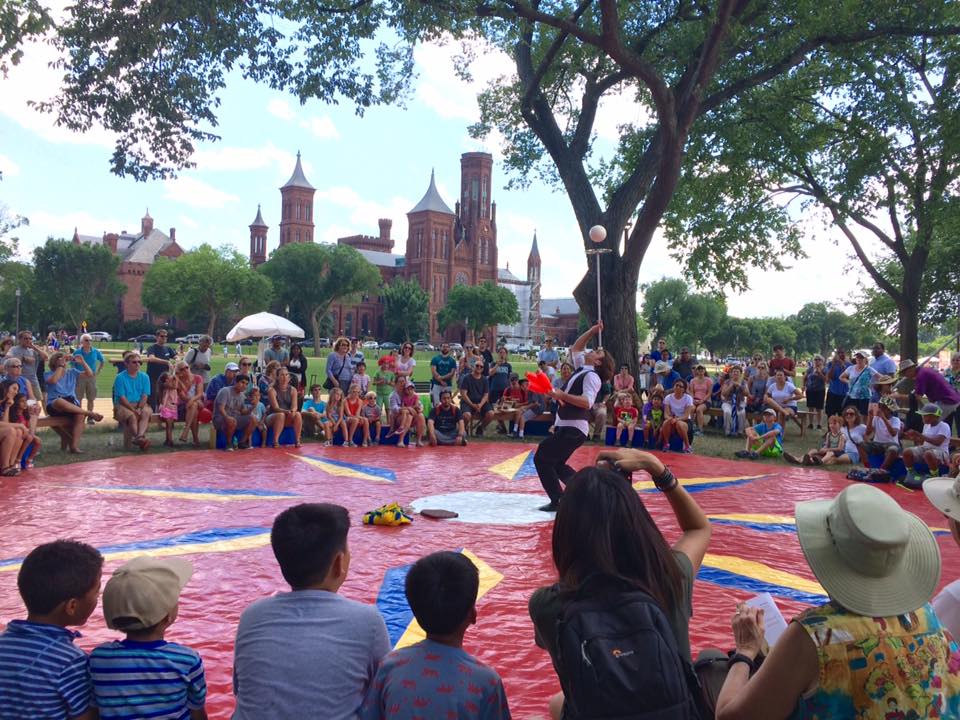 Back in January of 2015, I was invited to host the American Circus Awards at the Big Apple Circus in Lincoln Center, New York City.  The event, a joint production between Circus Now and the Big Apple Circus, was a gala set to recognize luminaries in the American field of circus arts.  I was on the list of possible emcees who might donate their time to the cause.  I accepted, presented, juggled, and made an interesting connection – Preston Scott, Director of the 2017 Smithsonian Folklife Festival.

The Smithsonian Folklife Festival is a big deal – it’s been called the #1 event in the United States, and has an impact that rivals the World’s Fair and the Olympics.  So, when Preston called me a few months after our first meeting, inviting me to help represent juggling as an artform to the American public, I was thrilled.

The event happened earlier this month, and went off without a hitch.  I’d love to recap the whole event for you here, but that would be an impossible task.  Here, for your edification, are a few glimpses into the event as I experienced it.

The show I didn’t do.

In the initial conversations, I was slated to perform a version of my one-man juggling history show each day.  As is often the case with large-scale events with huge teams of volunteers, everyone had to be flexible as the Festival took on a life of its own.  By the time the festival was about to begin, my role had changed to a combination of host and one-man show – I was to introduce all of the acts in one of the main event areas, as well as present an hour-long show each day.  It turned out that my original proposal was too technology intensive (that is, I needed a projector or some other kind of visual aid in what would end up being an in-the-round performing venue,) so the end result was a patchwork of juggling show, story telling, and question and answer sessions.

(This is what the show I didn’t perform each day looked like.)

The show that actually happened…

The administration at the Smithsonian told us time and time again – When someone goes to see the circus, they see five percent of the performer’s life.  This festival is about celebrating the other ninety-five percent.  It’s about people connecting with people.  So.  That’s just what I set about doing.

This video doesn’t show all of it (then, what two minute version of an hour long show could!) – the full thing included stories about being trapped in a stairwell with the Rockettes in my underwear, life on the Sideshow (my first gig,) and tales of juggling deaths and dismemberment.  But – that’s all fodder for a future blog post or three.

For your edification, here are a few juggling highlights from the Smithsonian!

Hosting the open air ring was an absolute delight.  Youth circus companies from Minnesota, Oregon, Florida, Vermont, and Missouri shared the space with a professional troupe from China.  Some incredible shows were put up, and seen by 600,000 people in the two weeks of the festival.  (What!)

Let’s talk about good luck, happiness, and traditional circus, guys. When I’m not performing my lite show there, I get to host the outdoor ring at #2017folklife. On that stage is the Hebei Golden Eagle acrobatic troupe. And… They’re doing my favorite antipod trick of all time. Every day. What a life! #juggling #smithsonian #folklife #folklifefestival2017 #folklifefestival #circus #antipod #antipodism #cirque #flowarts #hooper

A personal highlight was seeing this antipodism trick in person.  A girl lies on her back, with a perch with small platforms running along its length strapped to her feet.  She bounces a ball from one platform to another, allowing the ball to rise from platform to platform, until she maneuvers it into a basket at the very top of the pole.

It’s amazing.  But don’t take my word for it – watch the video!  This is the kind of trick you’ll probably only ever see once in a lifetime!

I put two (big!) new tricks on stage – one with a fishbowl, another with a tall platform balanced on my face.

The platform trick:  I bounce a ball on a platform balanced on my forehead, then juggle while maintaining both the balance and the bounce.

That guy in the back really liked this trick! Finally doing the transfer with an aquarium on stage… Practice makes progress! #Repost @jonathanottke (@get_repost) ・・・ Tom the juggler conjured with his juggling and balancing, and stories- this fishbowl looks like another world, created to delight .

Show today at 1 pm! Meet a juggler (me!), see some obscure juggling tricks, hear some embarrassing stories of life on the road!

I managed to try the headbounce routine I made up for the Smithsonian at a real theater a few weeks after leaving DC.  All of that stage time must have done something good – see for yourself!

Working with a crack team of juggling scientists

Sam Boyles, Craig Quat, Christian Kloc, and dozens of local jugglers managed to teach, inspire, and educate so many people visiting the festival.

There’s so much more to say, but I’ll let this photo of Craig and this video of his work do the talking. 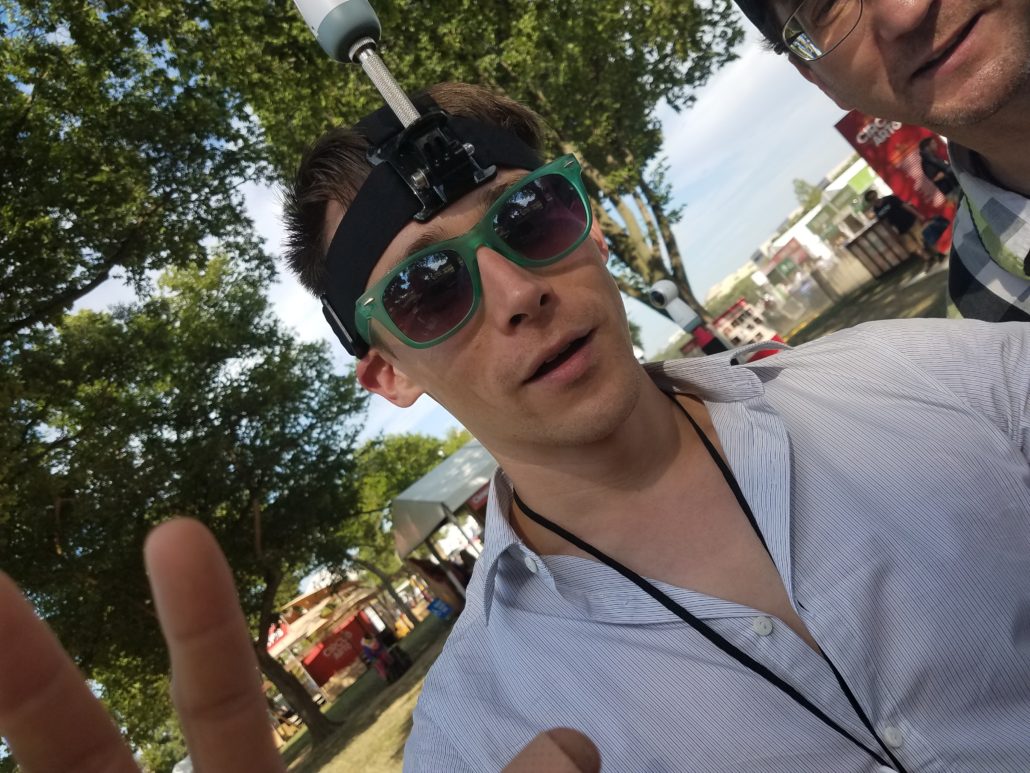 Craig suits up for some 360-degree juggling. 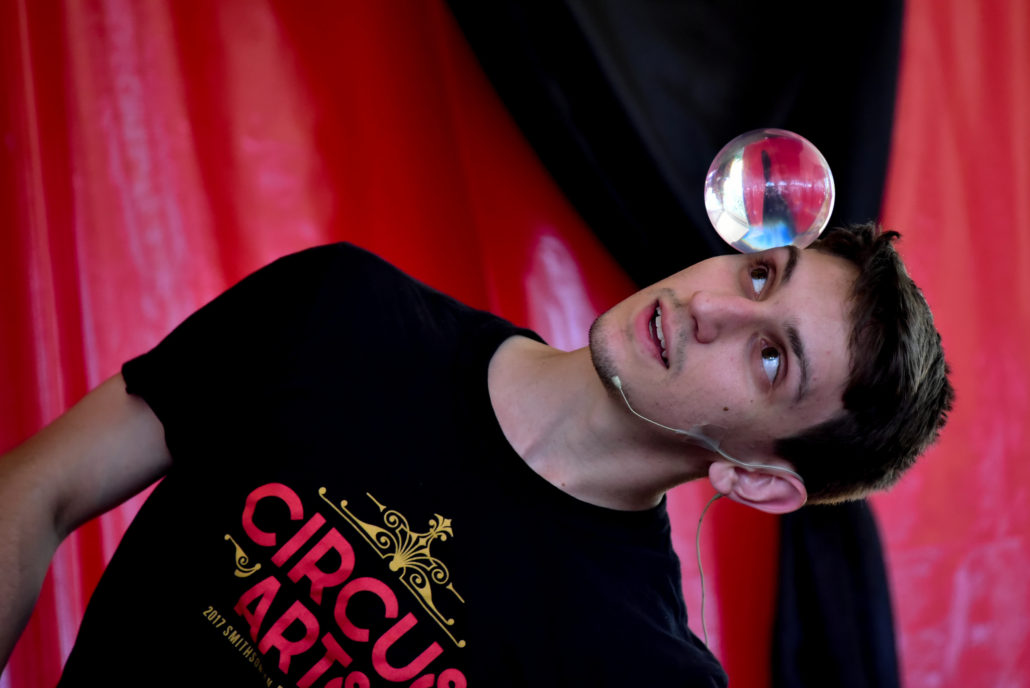 Sam, explaining how that ball got there. 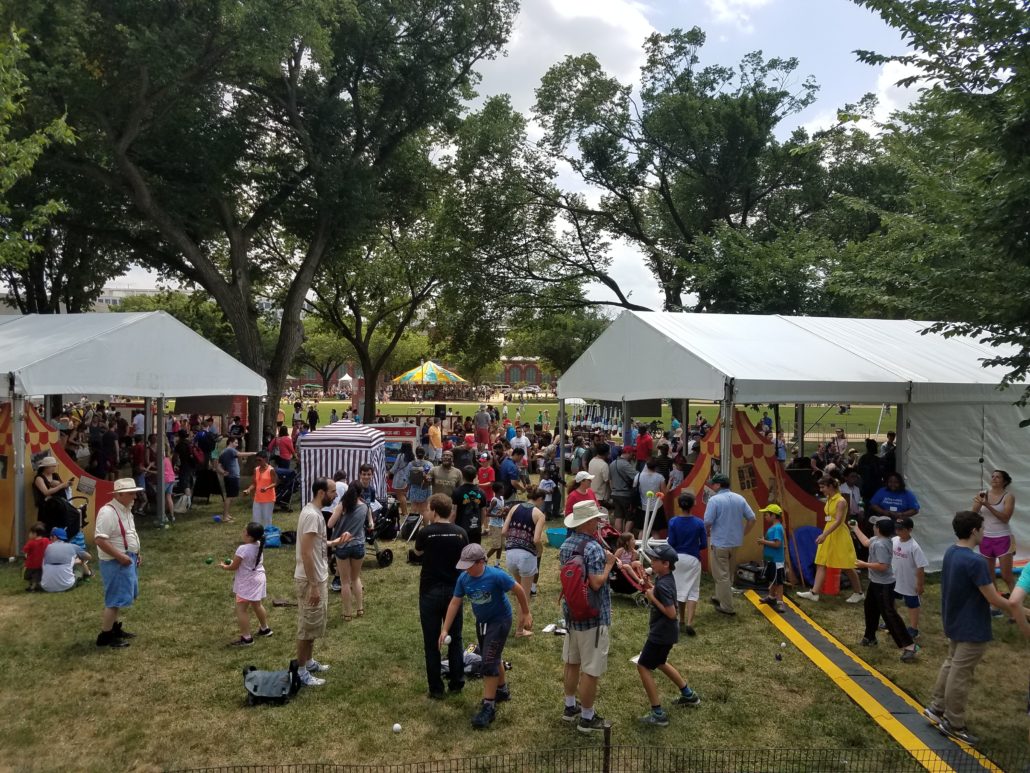 Check out these brand-new jugglers, all learning the skill before lunchtime.  (Bravo!)

Christian and the DC juggling club did an absolutely incredible job of teaching new jugglers at the event.  I don’t know an exact number, but this crew taught easily over 1,000 people per day how to juggle a three ball cascade. Unbelievable. 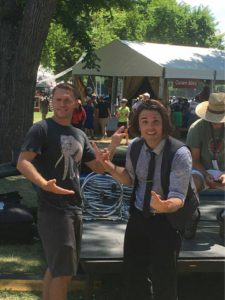 One afternoon, the crowds parted and there he was: Alan Thompson, my old passing partner.  Alan and I hadn’t seen each other in about eight years, since we’d filmed our last video and he joined the Air Force.

We shook hands, said hello, then he disappeared back into the throngs of people.

Here’s the last video we filmed together.  (Apologies for the sideburns.) 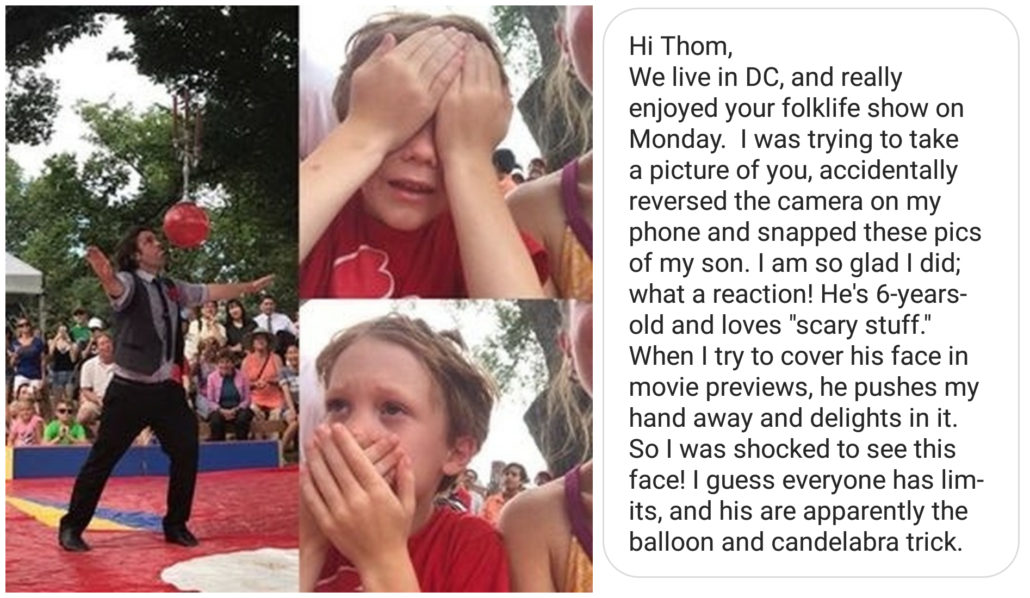 Of course, that’s not all.

There’s a huge collection of photos from this year’s Folklife Festival up on Flickr, in a group pool.  It’s definitely worth checking out.  Here are a few of my favorites. 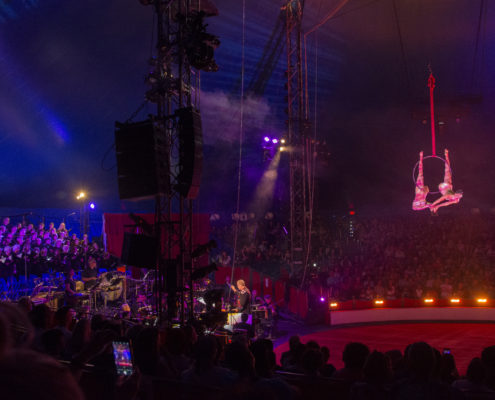 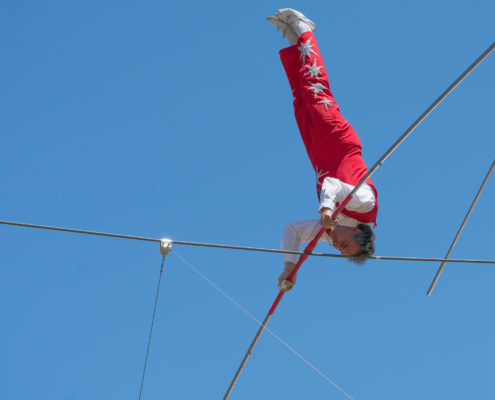 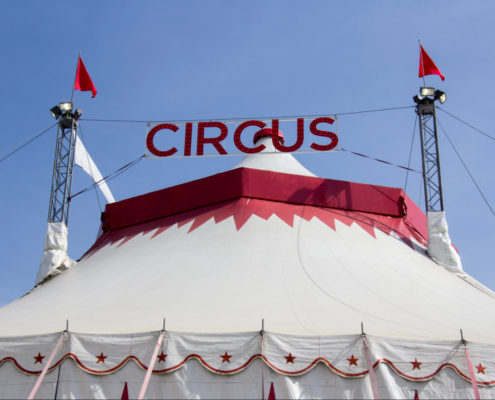 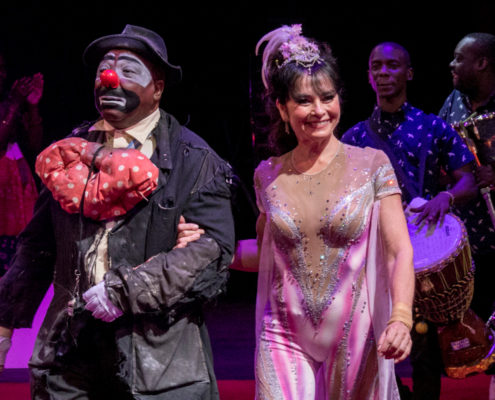 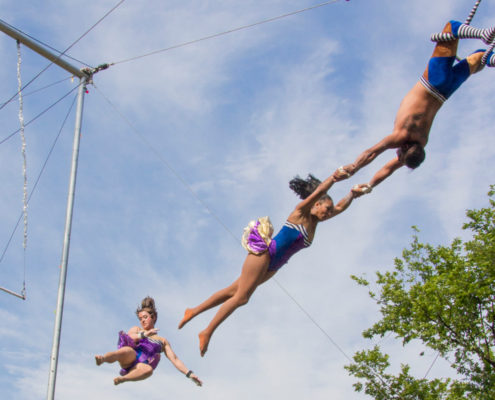 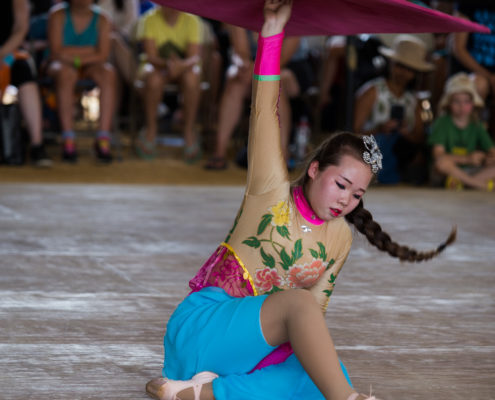 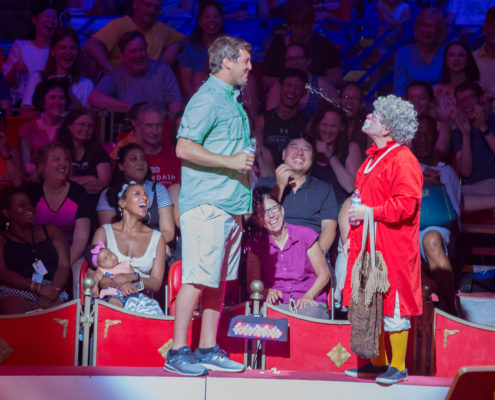 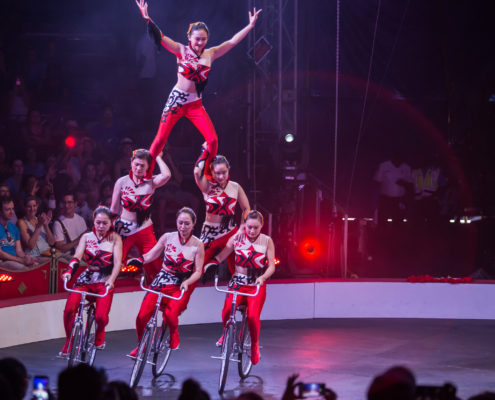 Everything you Need to Know about Five Ball Juggling