I came up with this idea years ago, and spent quite a while finding the right props to do it.  I found a toy shop in Harajuku – capital of kuwaii (cute) culture in Japan – that specialized in miniature table settings. A little experimenting with technique, and here we are!

It’s a dream to make a section in a juggling show with tiny tricks that would be impossible to perform without a projector.  That’s a plan for 2017! 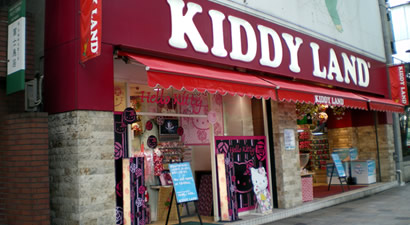 Tablecloth pulls on their own aren’t particularly difficult – it’s just a matter of finding the angle and following through.

The hardest part of this trick was explaining “Kiddy Land” on my credit card bill.

So, here’s a confession.

I’ve never been very good at having hobbies.

Juggling was a hobby when I was a teenager.  Now I’m a professional juggler.  Later, mouthstick was a way to break up my practice – something novel, something fresh, something fun to do.  Now glass balance is one of my staple acts.  Headbounce was originally a funny thing that I enjoyed playing with.  So naturally, this year’s video is almost entirely headbounce variations.

I started training after watching a great tutorial by Mark Kolbusz, a video by Anthony Gatto, and several conversations with Lewis Kennedy.  All of these tricks are new to me this year, and I’m really excited to have seen so much progress in such a (relatively) short amount of time.  You won’t see most of this stuff on stage anytime soon, but it’s coming!

Skipping Rope Variations with a Bounce

I’m a nothing compared to Paul Ponce.  Check this out.  What an inspiration!

This is a traditional style of Japanese juggling – one of many feats that falls under the title of “Edo-Daikagura.”

I first learned of this trick from a book called “The Edo Daikagura” by master Maruichi-san.  It’s a very interesting account of his own training, along with an English translation of the traditional skits that go along with the routines.

There’s no gimmick to this – it’s a feat accomplished with a stick, a glass, and a piece of string.  What a brilliant surprise that’s it’s possible!  (And, what a bear to learn!)

Senmaru is one of Japan’s most famous daikagura performers.  Here’s a video of his show at the Adelaide Fringe Festival in 2015.  You can find other, more traditional presentations of daikagura juggling online as well.

This has been one of my all-time favorite tricks – something I’ve been thinking about for a long time.  I’m glad I put in the time to finally learn it!  It’s a classic gentleman trick, often done with a walking cane.

I first saw the Oreo cookie trick in a workshop at the Celebration Barn Theater with my friends Jose Perez IV and Michela Micalizio.  They were working on an immersive theater project centering around party games and interactive story-telling, and sliding a cookie from the forehead to the mouth was one of the games they presented.  I fell in love with it, and wondered how to evolve the idea.

There’s a famous juggling trick pioneered by Paul Cinquevalli in the late 1800s, where the performer kicks a monocole into his eye.  A beautiful “gentleman juggler” trick, where the juggler uses objects commonly found on their person or in a drawing room.  Noone uses monocles these days, but many houses have packages of Oreos.

You can see a video of the late, great Felix Adanos perform this trick here.

…did you miss my 29th birthday video?  You can see that (with a few notes!) here.

Learn to Juggle!
Scroll to top