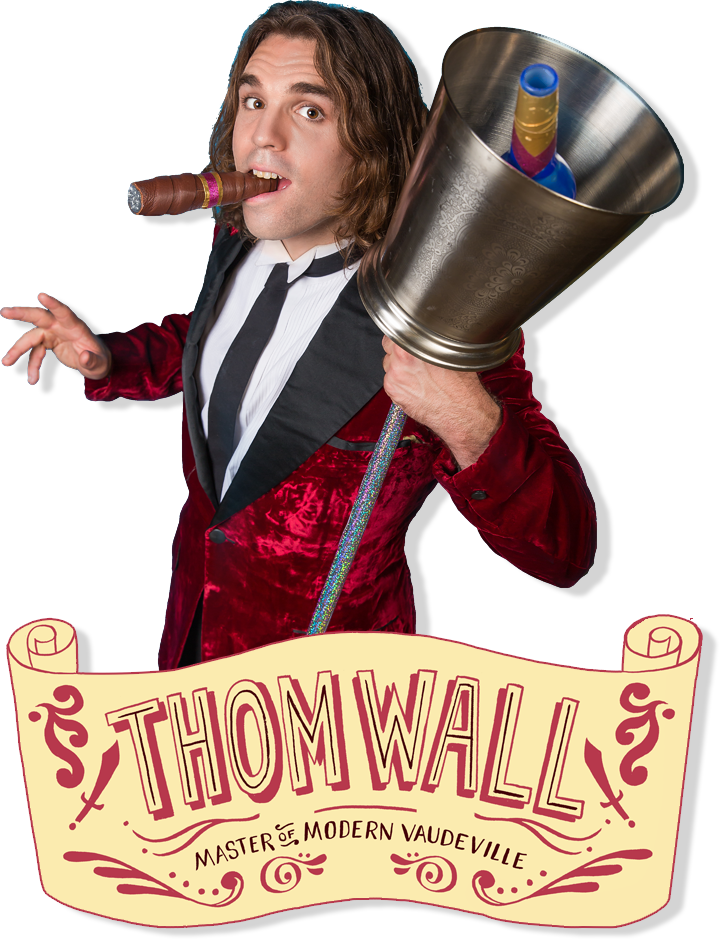 A “Master of Modern Vaudeville,” Thom Wall has wowed audiences around the globe. With a sharp wit and sharper knives, Thom juggles, balances, and dives his way through exciting and fast-paced acts that astonish and amaze. As one of the last great American gentleman jugglers, Thom presents an elegant show with nuanced comedy and some of the most unusual tricks seen today. Thom is a complete variety performer, finely tailoring each performance to engage and surprise his audience, resulting in a unique and refreshing experience each time.

Hailing originally from St Louis, Missouri, Thom regularly performs internationally. In addition to appearances in Hong Kong and South Korea, he toured with with Cirque du Soleil’s show Totem, where he juggled for thousands each night on tour across the Canada, New Zealand, and Japan. Thom has won awards internationally for his circus performances, notably the 2015 “People’s Choice” Special Prize at the Riga International Circus Festival in Latvia, the Bronze and Silver medals at the International Jugglers’ Association Senior Stage Championships, and the “Crotalus Scholaris” medal from the Mexican National Circus School at La Universidad Mesoamericana in Puebla, Mexico (the first American to receive this, the highest honor awarded by the university.) He has had the pleasure of performing for dignitaries and diplomats worldwide.

Thom is a graduate of the New England Center for Circus Arts (NECCA) in Brattleboro, Vermont. When not on tour, he coaches aspiring circus artists at NECCA and regularly teaches workshops worldwide.

You can see more about Thom and his work here – www.thomwall.com