Accounting and reflecting are two important year-end activities that small business owners all across the world engage in.  I’m no exception!

As I tidied my house this year, sorting through old programs and ticket stubs and finding shards of broken plates all over the place, I thought about the year’s happenings and started gathering data. Not one to throw away frivolous year-end statistics, I’ve compiled it all here for your enjoyment! 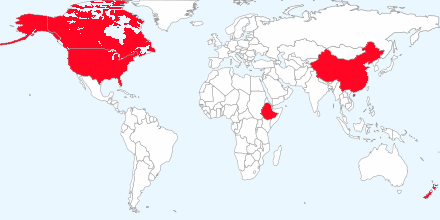 Fiji was a kind of happy accident – their national airline has an “unlimited layover” policy that afforded me a little vacation on my way home from New Zealand.  No shows there, but I sure did juggle on the beach! 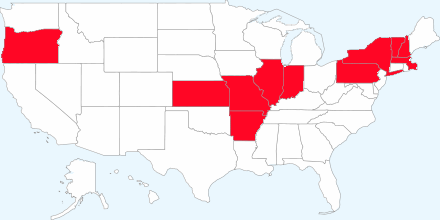 (That’s enough juggling to circle the globe two and a half times!) 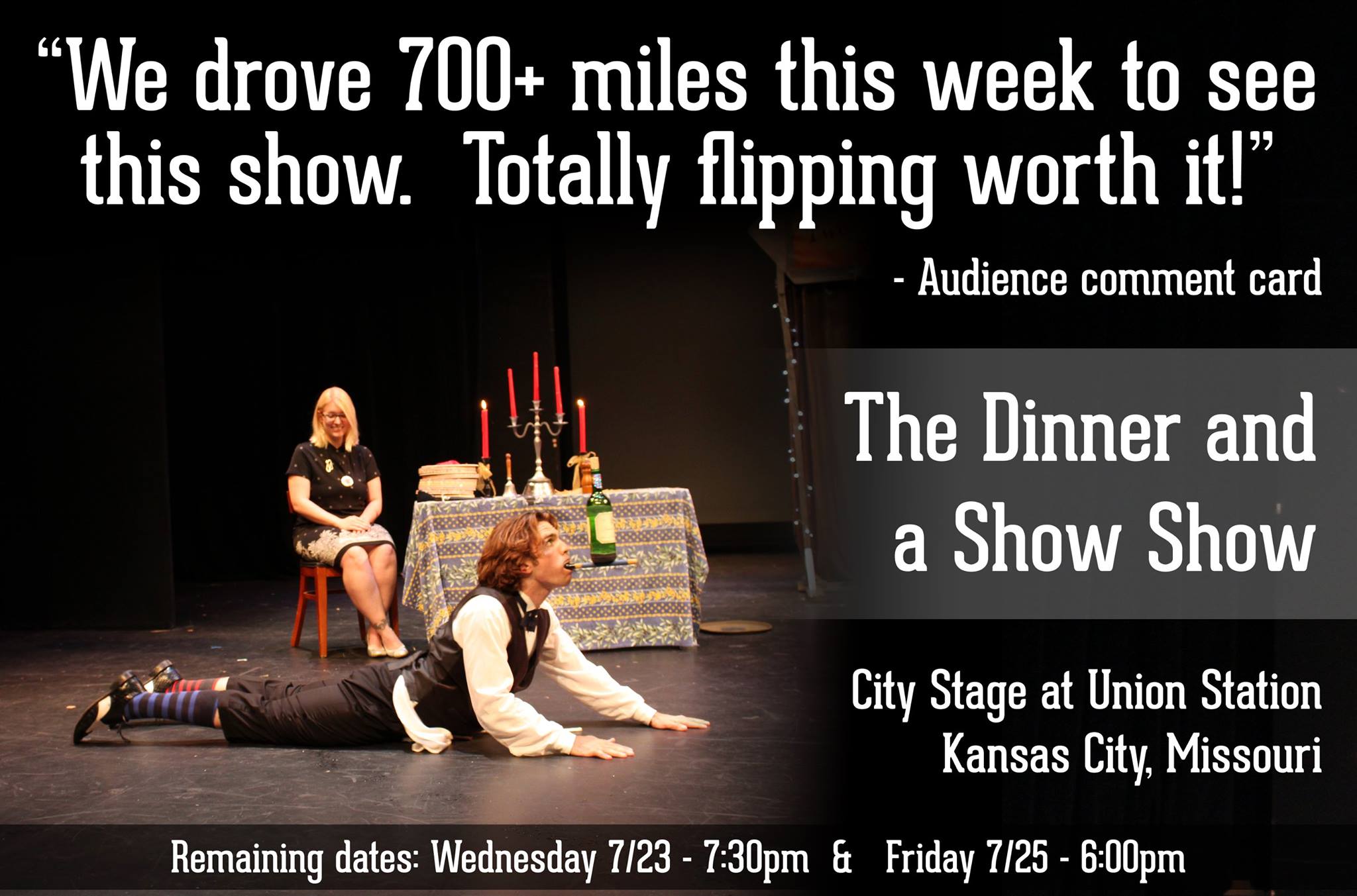 Eight stagings of “The ‘Dinner and a Show’ Show” in four states, winning one award, getting three lovely newspaper reviews, and a dozens upon dozens of audience comment cards (including three crayon drawings of Claude the lobster, and four phone numbers.) 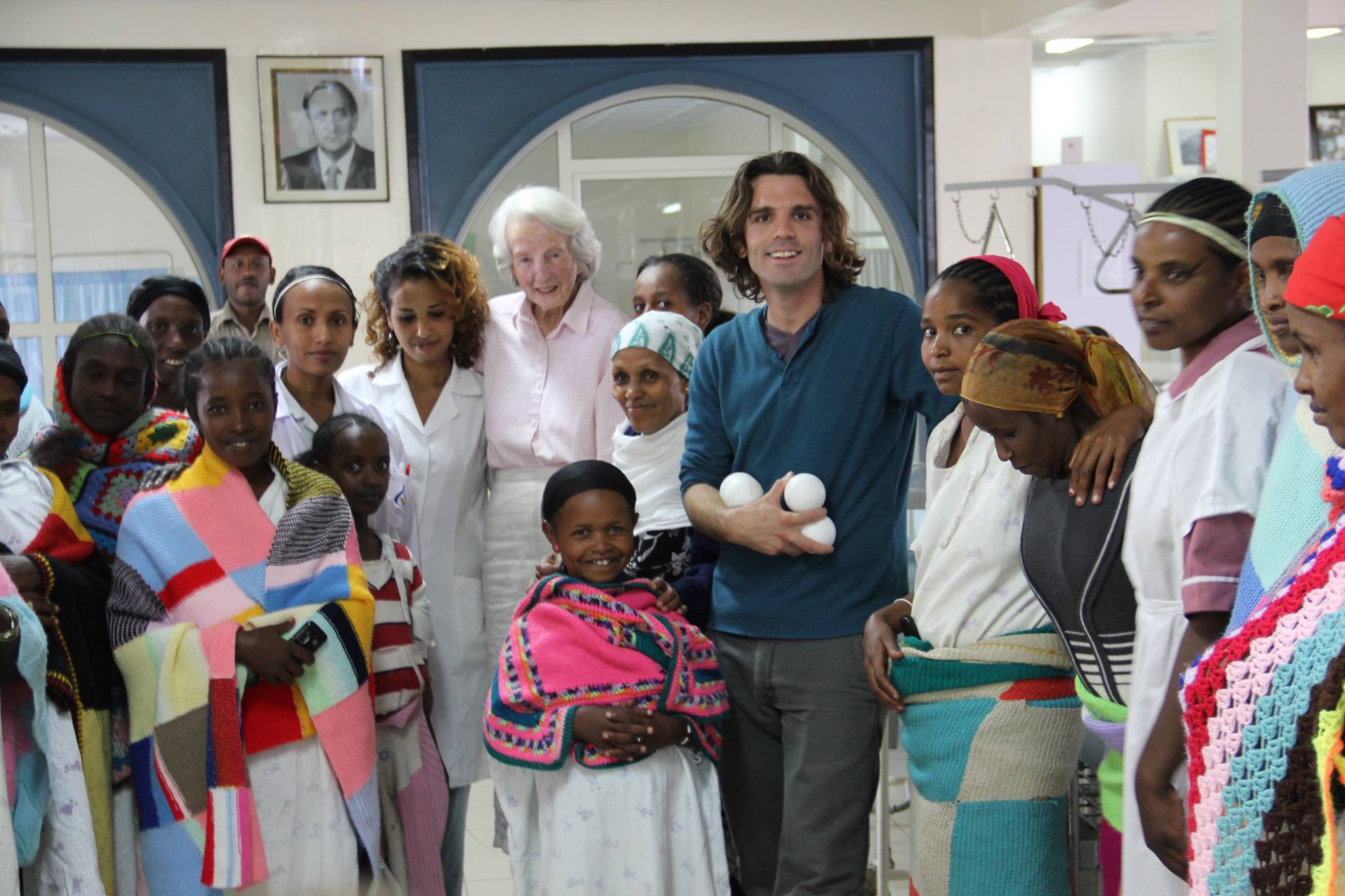 Catherine Hamlin, the woman three to my left, is working to eradicate obstetric fistula in Ethiopia.  She’s doing an incredible job, too, with a network of hospitals all across the country.  She was a Nobel Peace Prize nominee in 2014! 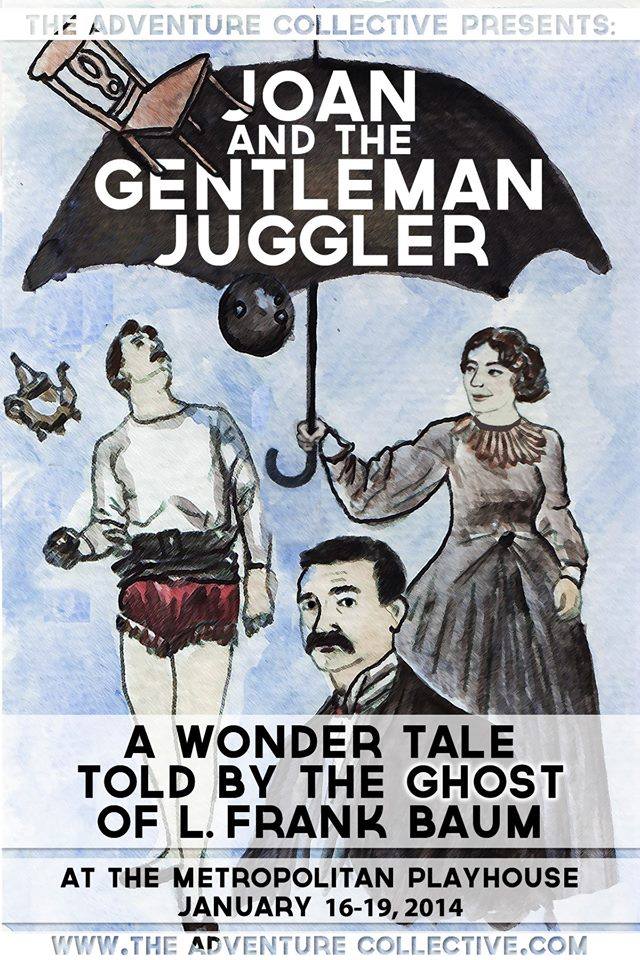 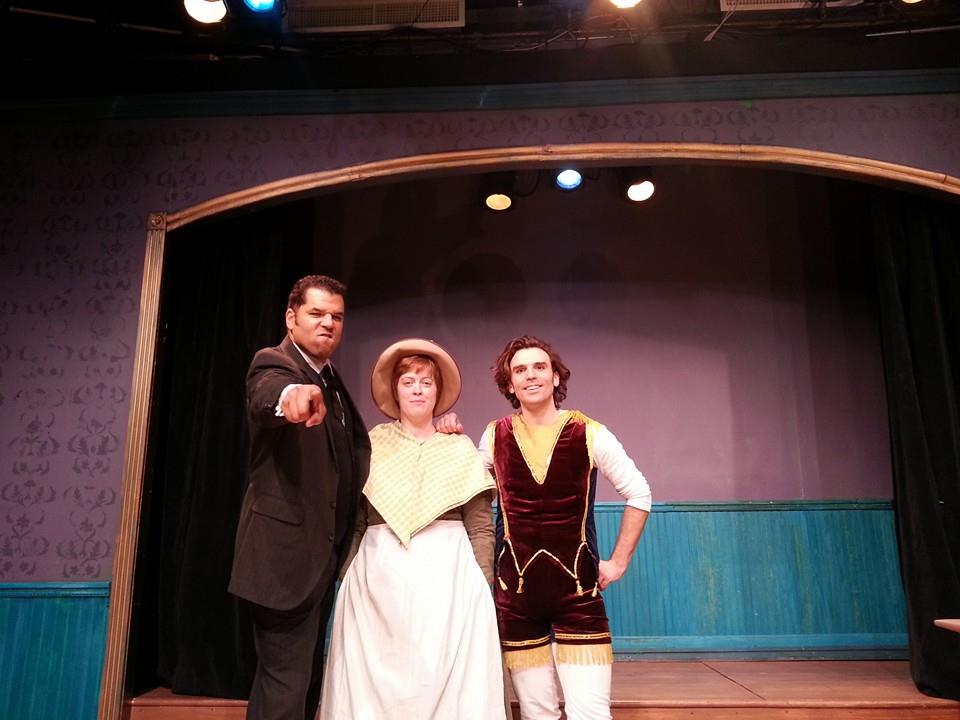 Four stagings of “Joan and the Gentleman Juggler” – a new production with my friends Gabi Sinclair and Ric Walker.  I learned one new stunt for this show – a version of Cinquevalli’s famous pool cue and sherry glass balance.

Despite the trick collapsing a half dozen times when I was learning it, I only ever got hit on the head once!  And never got a black eye!  Small victories. 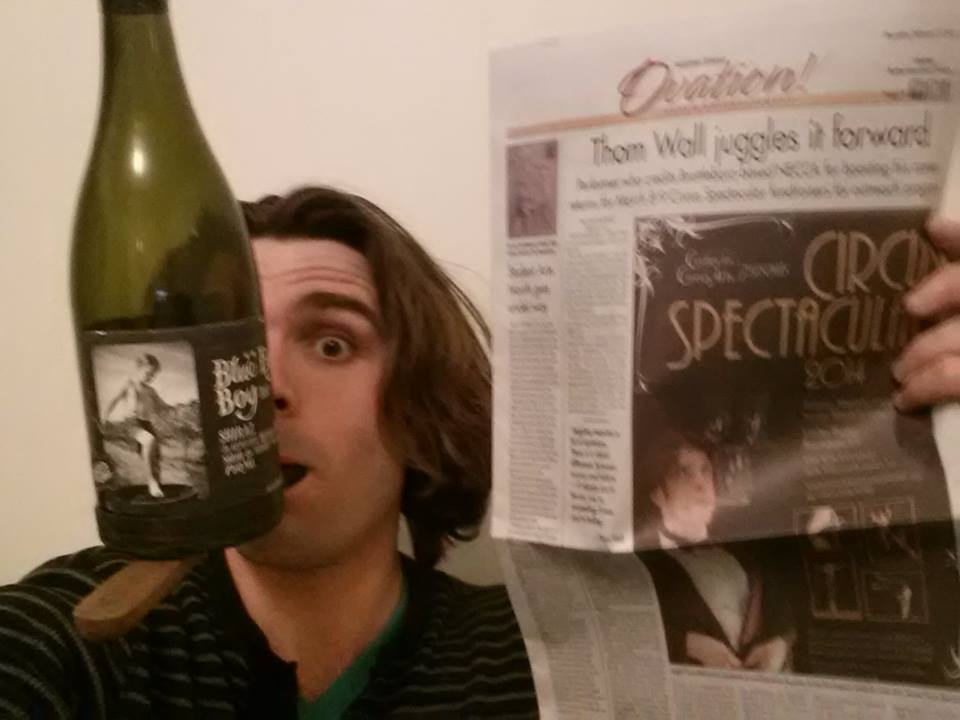 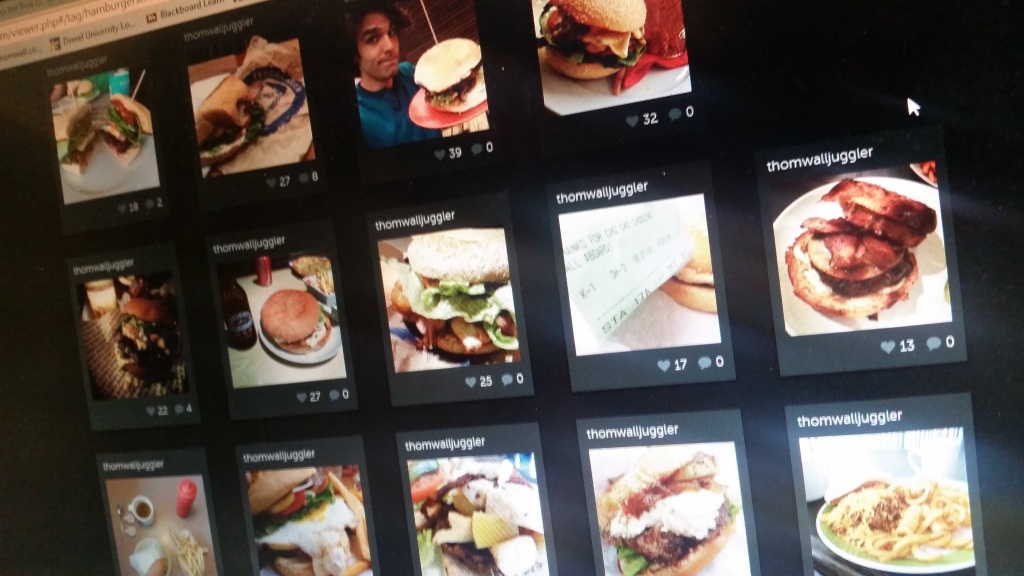 Fourteen incredible hamburgers on the road.  (Most memorable?  The “Tom Selleck” burger at the Elbow Room Cafe in Vancouver, BC. Hamburger, bacon, brie, banana, pineapple, and peach with a chipotle aeoli.  What?!) 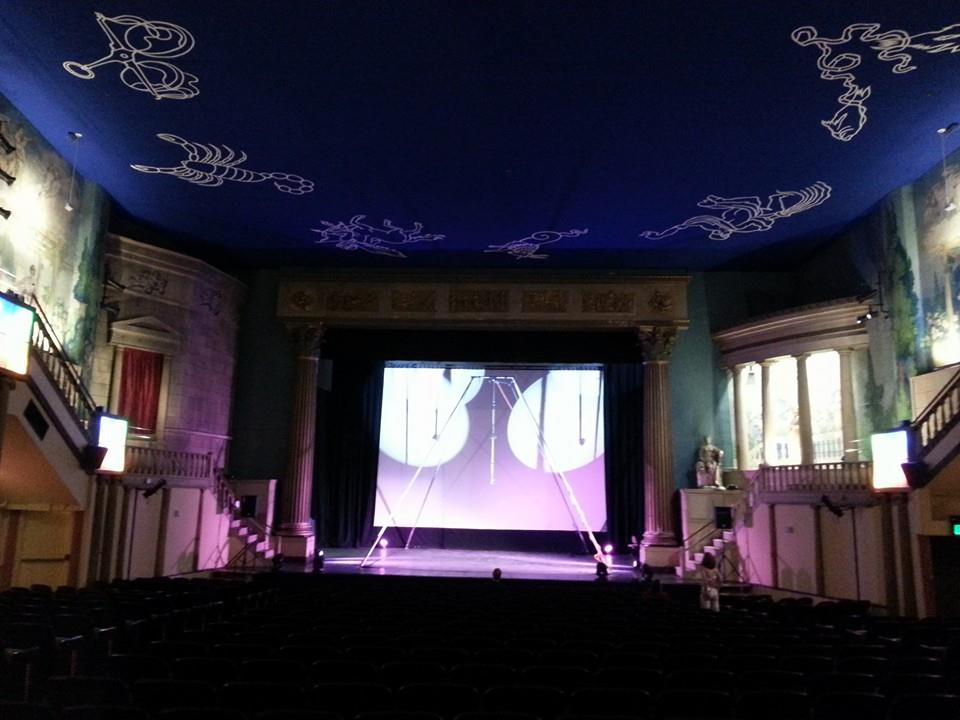 Three killer benefit shows for the New England Center for Circus Arts.  Two were in the Latchis Theater in downtown Brattleboro.  (Who could resist performing on that stage!  Did you see the archways?  Did you see the constellations?!)

The third show was at Dixon Place on Manhattan’s Lower East Side – the kickoff show for NECCA’s capital campaign.  They’re raising money to build a new circus school building from the ground up. (How cool is that?!) 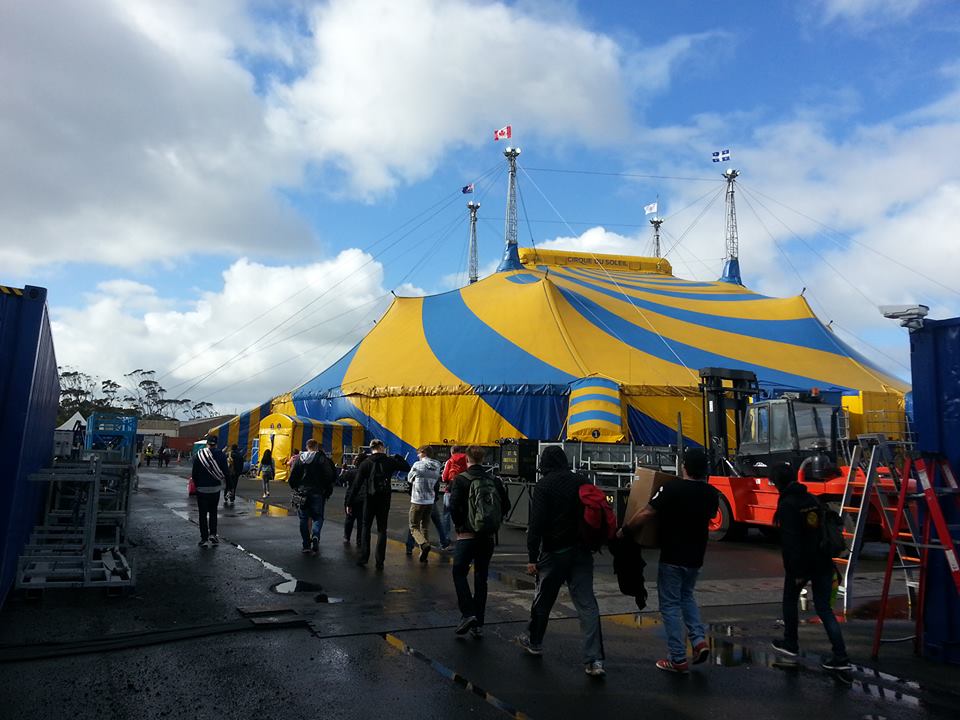 Three cities in six months with the largest circus company in the history of the world!  Easily the most stressful contract I’ve been on, but also one of the most rewarding.  Over the course of this contract, I performed for around 200,000 people. 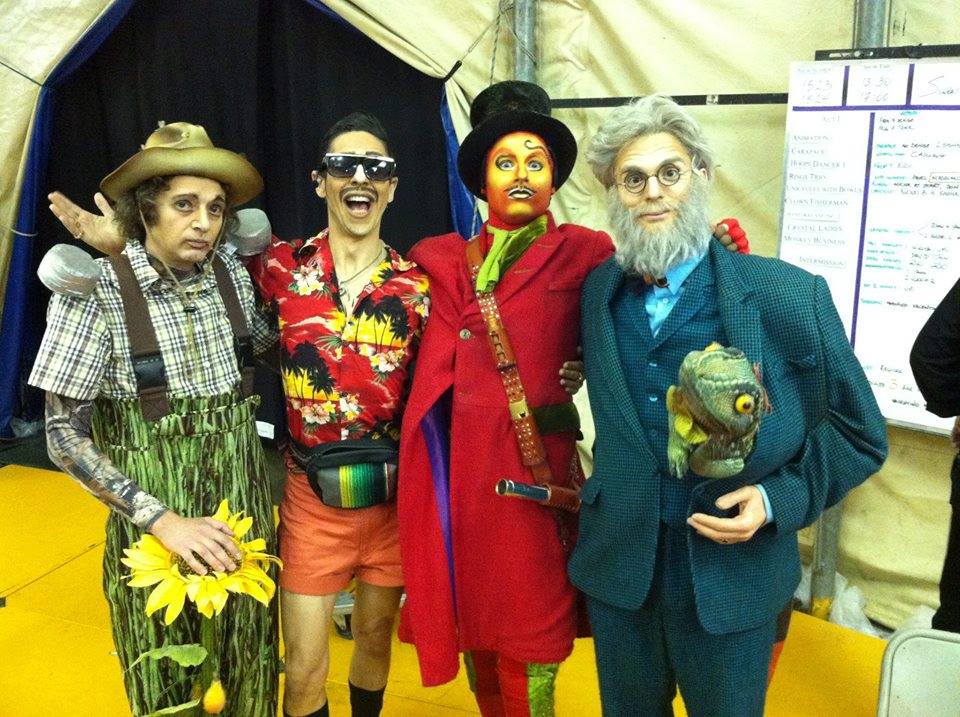 Nearly one-hundred pre-shows with four animators and one lizard puppet.

From an email with my dad:

“Before the show, I do animation/walkaround through the audience as they’re waiting and getting seated. I’m dressed as the scientist, but with a giant lizard puppet under an arm that I use to surprise people with. He’s got this fantastic tongue that shoots out quickly – good for startling people and getting a rise out of groups of people who watch. At the show two nights ago, I was walking around the seats near center stage and got a big reaction from the crowd. When I got backstage, I learned that I’d attacked the prime minister of New Zealand with my puppet?” 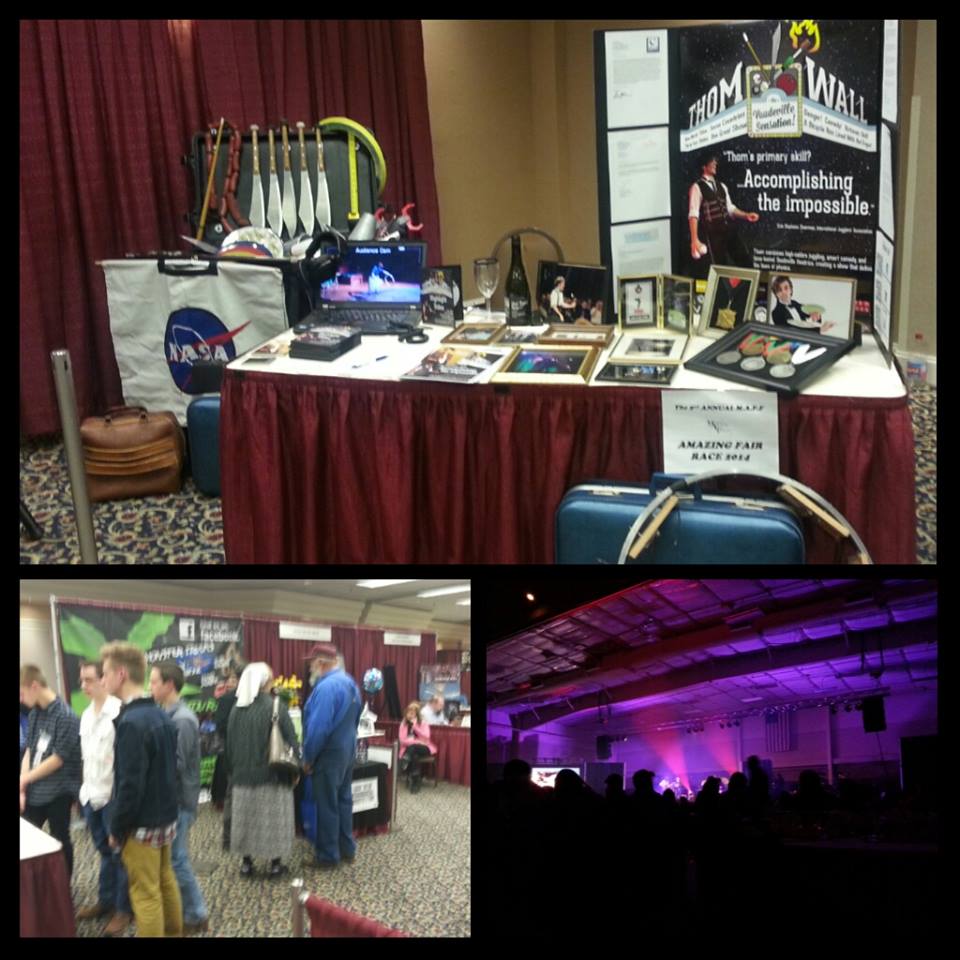 Three days at a booking convention in Colombia, Missouri in January.  (The number of stories from this convention?  Dozens.  “You ain’t never been to a tractor pull, son?” “Oh, my wife and I really have fun, if you know what I mean.”  “Who wants to buy this quarter hog?”) 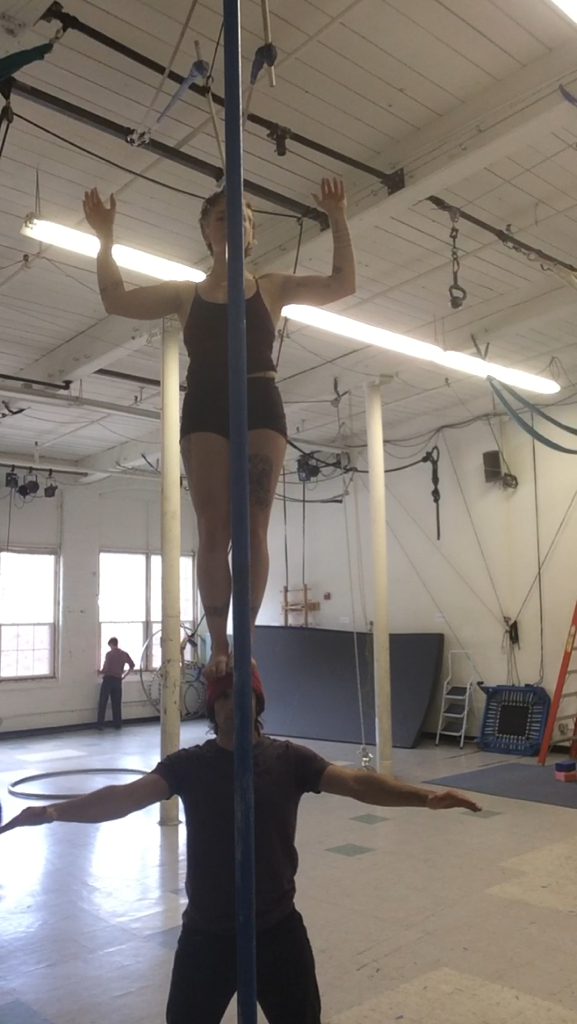 One new acrobatics partner.  (One hundred and sixty pounds on my head.) 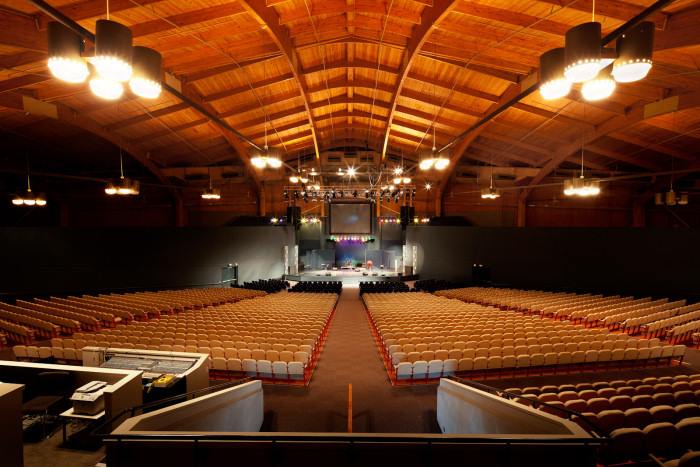 Two-thousand, two-hundred – The number of seats at the Auckland Circus Convention’s gala show.

One – The number of drunk guys who decided to try and steal a ball from center stage during my act.

“One hundred percent!” – The amount of focus to put on a balanced object, in order to balance and juggle (as chanted in meditation by my dedicated students!) 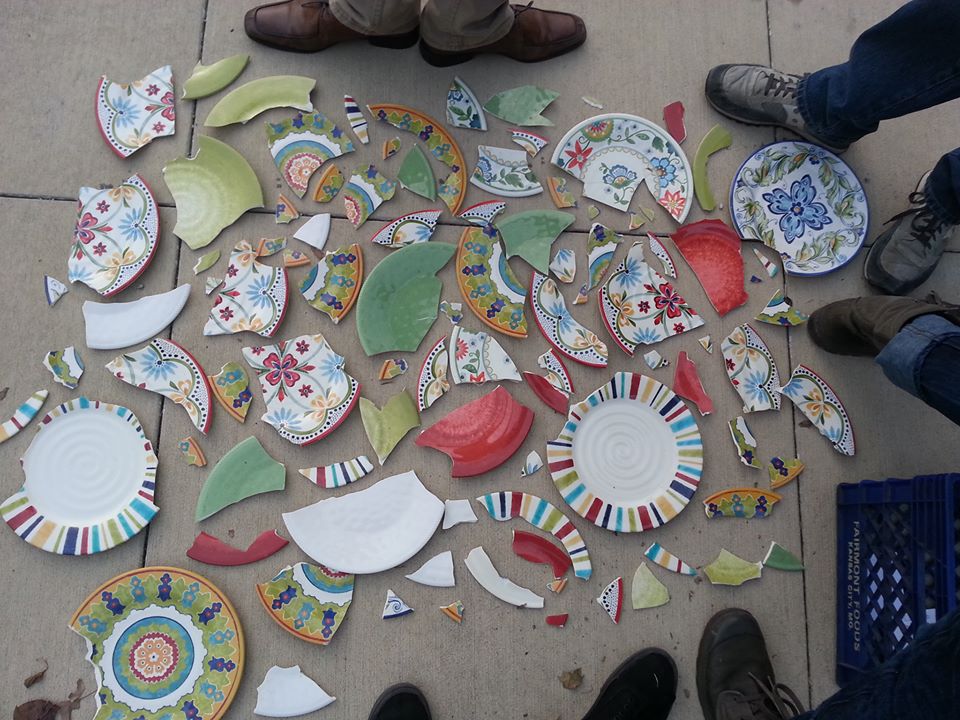 Twenty-five plates were smashed in the initial devising process for “The ‘Dinner and a Show’ Show.”  One part enthusiasm, one part polished cement stage. 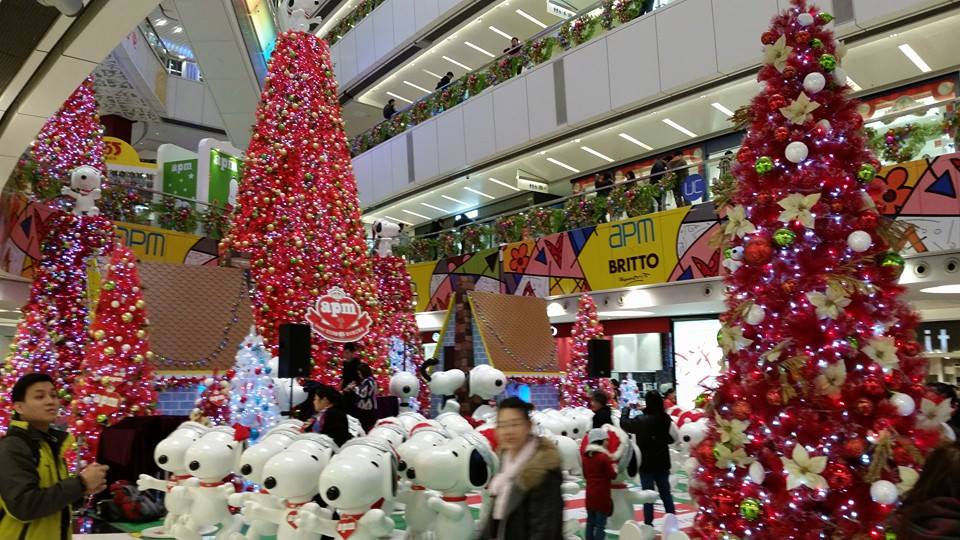 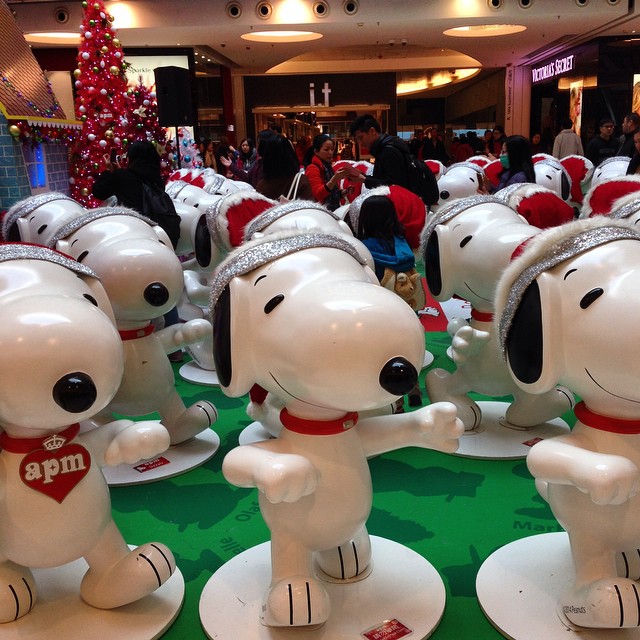 I packed 16 backup plates for these 10 shows, just in case some broke in transit or on stage… but not a single one did! 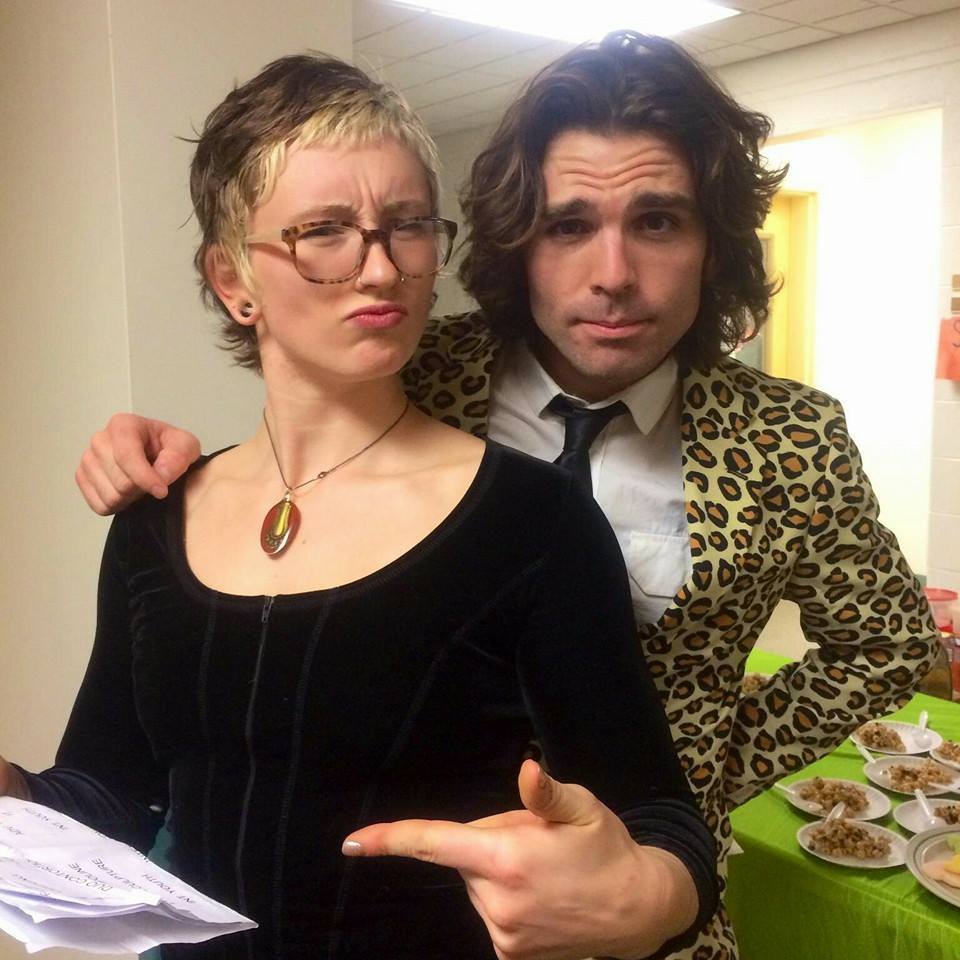 One new leopard-print suit.  The Hopeless Throwmantics are going jungle-casual in 2015. 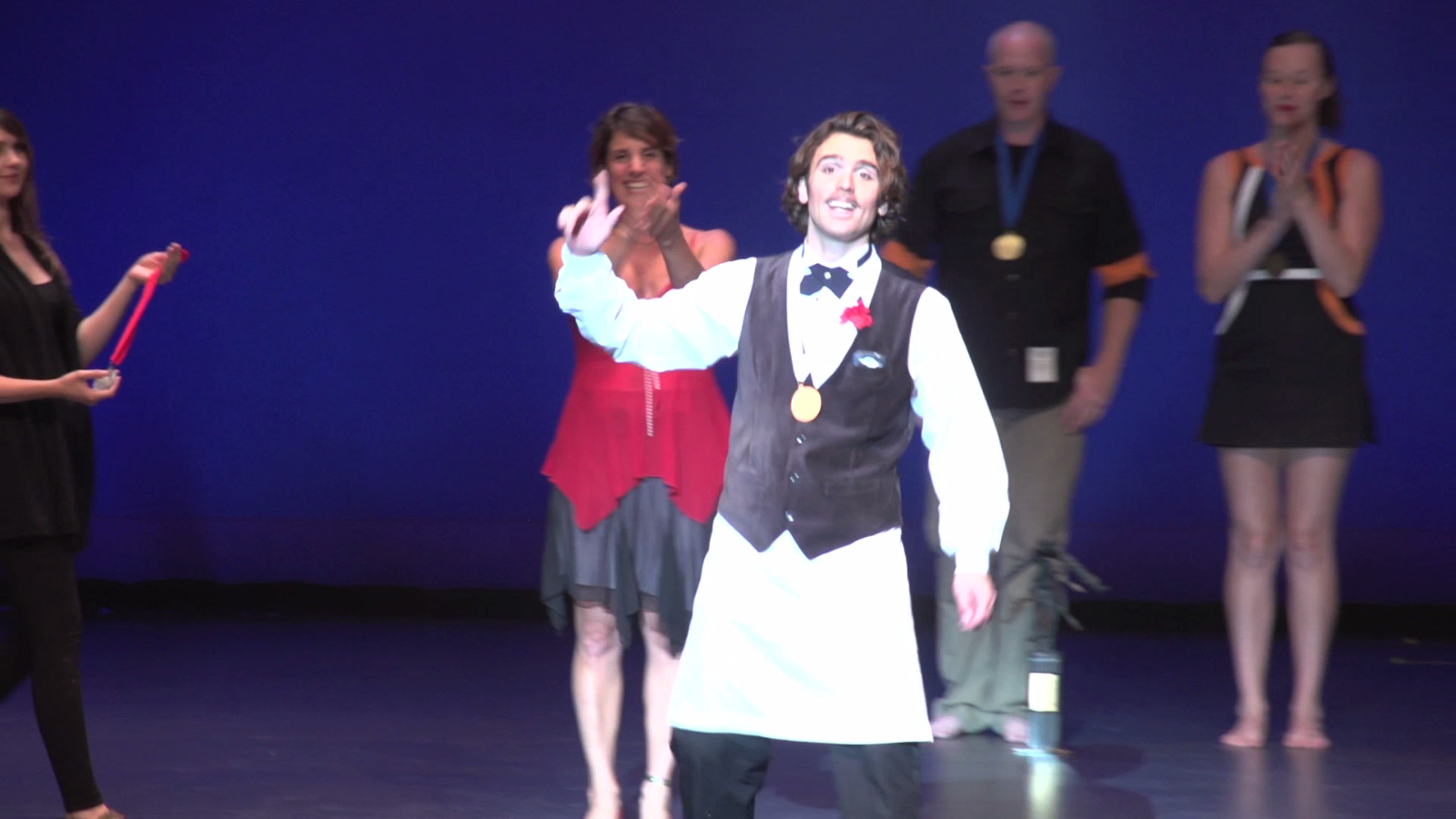 One IJA medal.  (For my mouthstick act!  The first medal awarded to a mouthstick routine in the IJA’s sixty-seven year history.)

…all in all, a tremendous 2014!  Where will 2015 take me?  I’ve got a few interesting leads already, but I’m not about to spill the beans quite yet.  Stay tuned, friends!  Wishing you all a successful year ahead, and I hope all of the seeds you plant come to bloom! 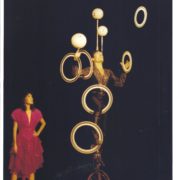 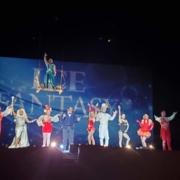 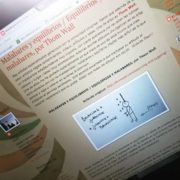 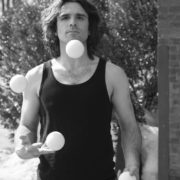 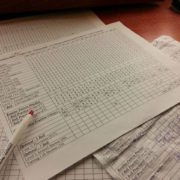 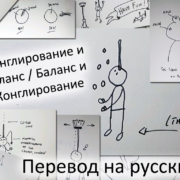 Lessons From Latvia
Scroll to top